The Silver Knight basketball teams recently completed their inaugural varsity seasons, and by any measure, both teams were successful, with both culminating in state tournament berths.

The girls team spent much of the year near the top of Longs Peak League standings, and even made an appearance in the 4A Top Ten after upsetting the 5th-ranked Berthoud Spartans in the second game of the season.  Tough scheduling at the end of the season saw the ladies face four top-15  teams, including top-ranked Holy Family.  Eventually, the 8-6 Silver Knights made the CHSAA playoffs, where they traveled to 9th-ranked and 10th-seeded Palmer Ridge.  Our girls gave the Grizzlies everything they could handle in a back-and-forth 1st round playoff game.  SHS was within 2pts with just over two minutes to play before free throws allowed Palmer Ridge to eventually pull away for a 48-40 victory.  Coach Yaussi’s team will return all of their varsity players, including four juniors who received All-Conference honors.  Natalia Puchino and Anastasia Zelenko were named to the All-Conference team while Tyne Killip and Kelsey Koza were Honorable Mention. 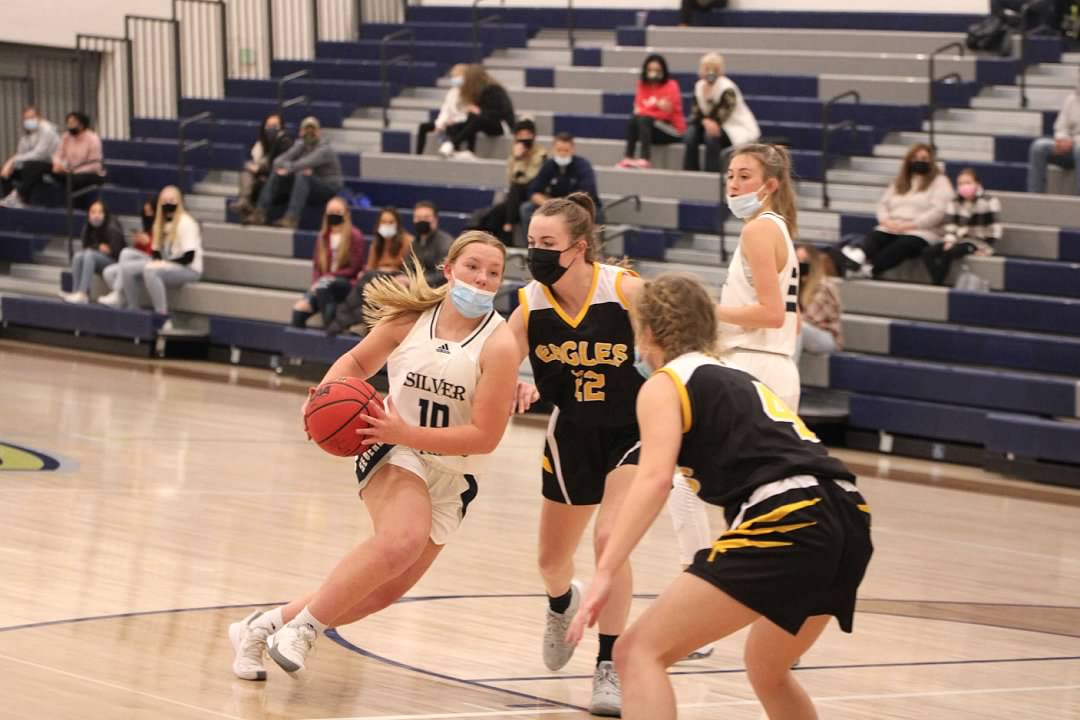 On the boys side, the team was near the top of the league standings for most of the regular season, which at one time included an 8-game winning streak.   They also finished the season on a run of five straight opponents who made the playoffs, including three in the top 15 of the final 4A coaches poll.  The 9-5 Silver Knights made the 4A playoffs as well and traveled to Pueblo to take on the 6th ranked and 7th-seeded Pueblo Central.  The Wildcats proved to be too much for our boys, but Coach Salz and his team learned some valuable lessons that they can put to use next year, where they also will return their entrie varsity lineup.  Junior Carson Fagan and sophomore Ty Adam were named to the Longs Peak League All Conference team, whil freshman Brady Varney was Honorable Mention. 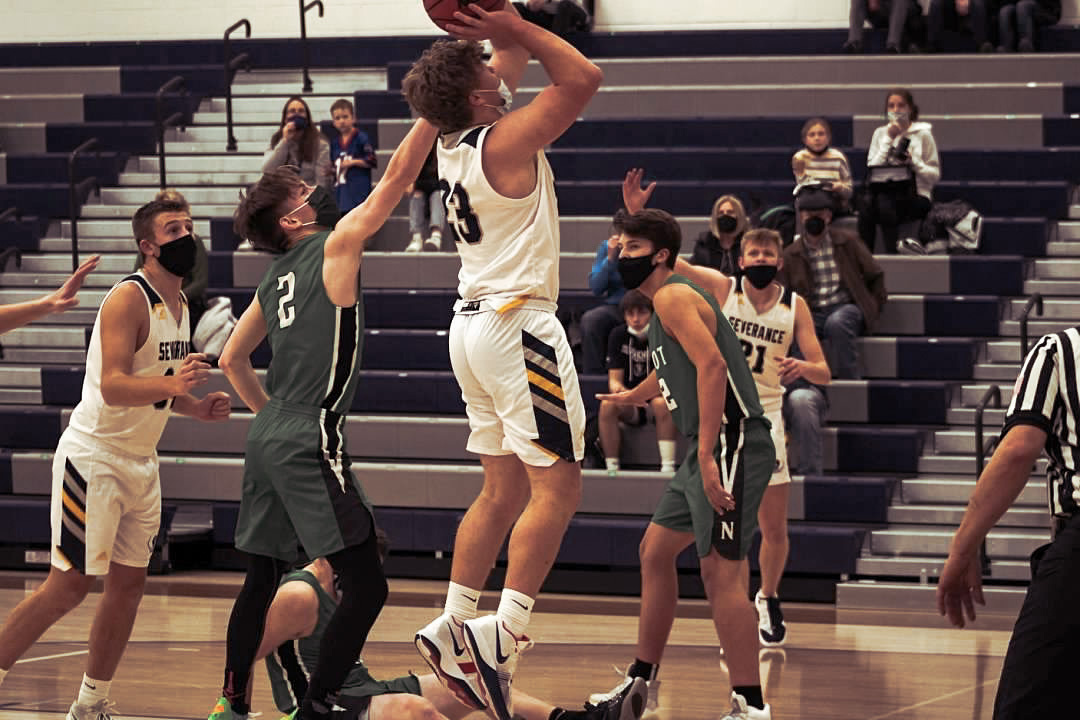