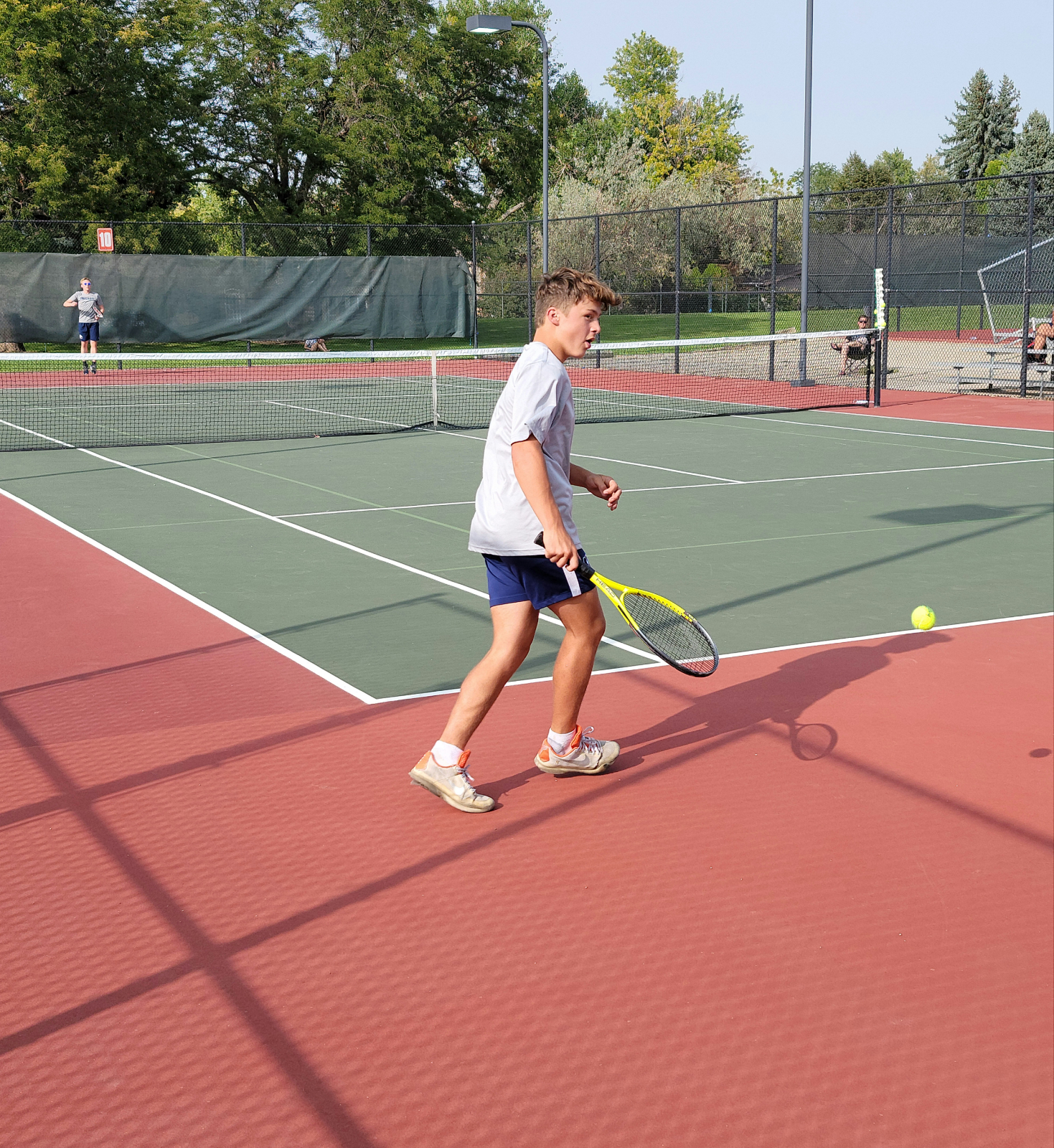 The Silver Knights played a match against the University Bulldogs yesterday 9/14 at the Centennial Courts in Greeley. Wanting to take advantage of the perfect weather conditions, the singles players started out strong by dialing in their serves and limiting rallies. Parker Gazdik (pictured above) would be the first to walk away with a victory, quickly besting his opponent 8-1. He was followed by his brother, Reece Gazdik, who would come back from a slow start to end his match 8-6 with consecutive game wins. Andre Sandoval competed diligently, using an unfamiliar racquet, but would eventually fall 5-8 to the Bulldog counterpart.

The first doubles team of Andrew Young and Aidan Smith also couldn’t find their groove and would fall 4-8. Not to be bested again though, Aidan would team up with Parker to win a match 8-3. Andrew would join Andre to secure another win, going 8-3.  In what was probably the most intense match of the afternoon, the pairing of Rylan Snyder and Truett Kitchen had a back and forth match with the Bulldogs. They would eventually be bested 8-10 but fought back to force the tie breaker matches.

The Silver Knights look to continue their impressive inaugural season and will face Greeley West on Tuesday 9/15.