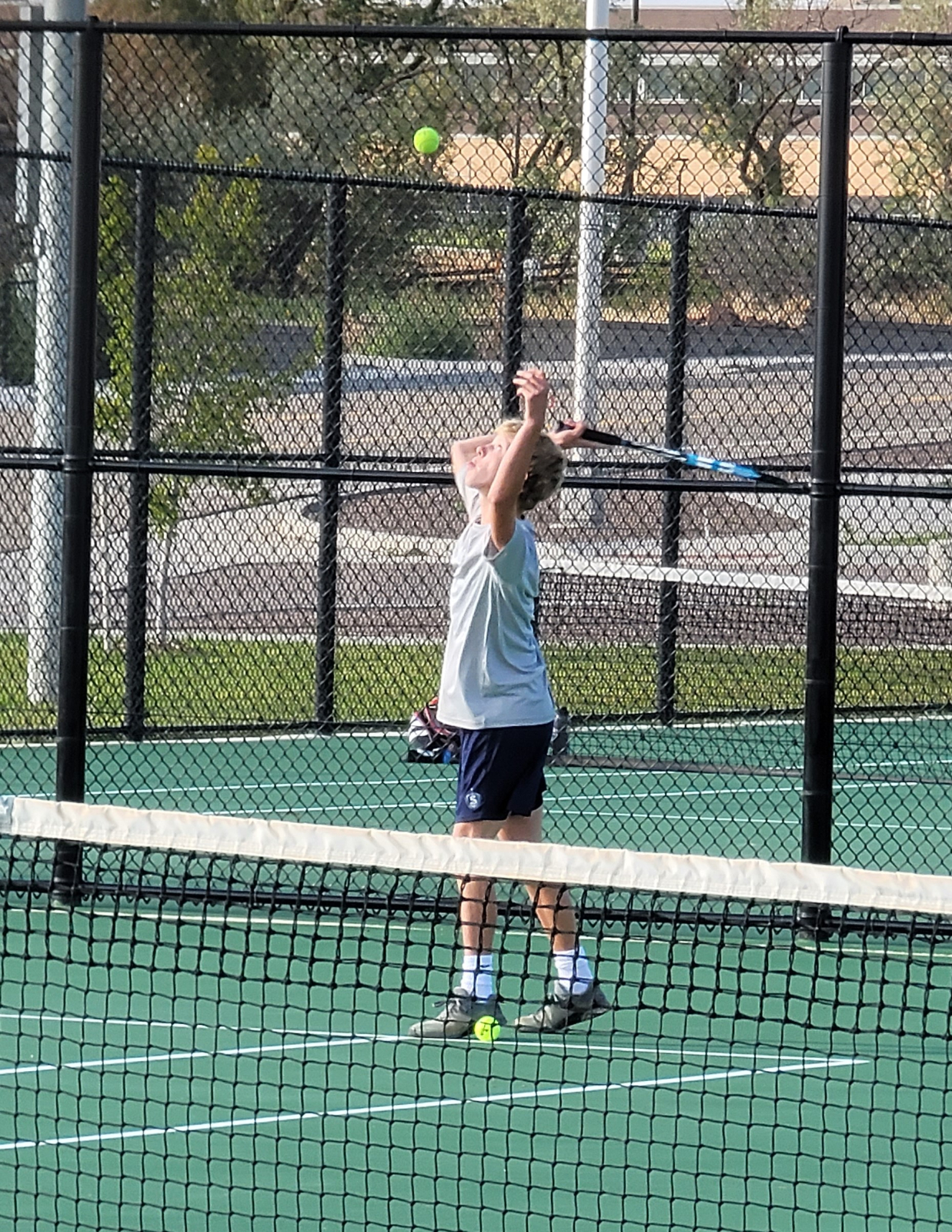 The Silver Knights faced off against the Riverdale Ridge Ravens on Friday 9/11. The match was an eight game format. The singles for the afternoon (Parker Gazdik, Andre Sandoval, Reece Gazdik) all won their matches by an impressive margin. The three only allowed 4 game wins combined against the Ravens and each would cruise to the 8 game mark to finish their respective matches. The singles players used the strong winds to their advantage and placed the ball precisely the entire evening.

The doubles matches began with the dynamic duo of Andrew Young and Aidan Smith. They started off a bit shaky but were able to find a groove and win 8-2 after taking over the lead early. Truett Kitchen and Rylan Snyder impressed in their first match as a team. With a back and forth effort for over 40 mins, they were eventually edged out 6-8. With some time under their belts as teammates, they look forward to the next match. The Gazdik brothers also played a short doubles match the saw them slide to an easy 8-0 victory. Parker and Andre took the court as well to earn the final win of the day 8-2.

The Silver Knight tennis squad will be facing University HS in Greeley Monday 9/14.